"Without establishing guidance and assessing risks specific to social media, agencies cannot be assured that they are adequately meeting their responsibilities to manage and preserve federal records, protect the privacy of personal information, and secure federal systems and information against threats," Gregory Wilshusen, GAO director of information security issues, writes in the 90-page report issued Thursday.

According to the audit:

President Obama has encouraged use of social media as a way agencies can develop a dialogue with their constituencies. Still, Wilshusen says, social media pose risks to the adequate protection of personal and government information.

GAO says agencies, in some instances, reported having policies in development to address these issues. In other cases, GAO says, agencies said that there was no need to have policies or procedures that specifically address the use of social media, because these are addressed in existing policies, a nation the congressional investigators voiced disagreement. 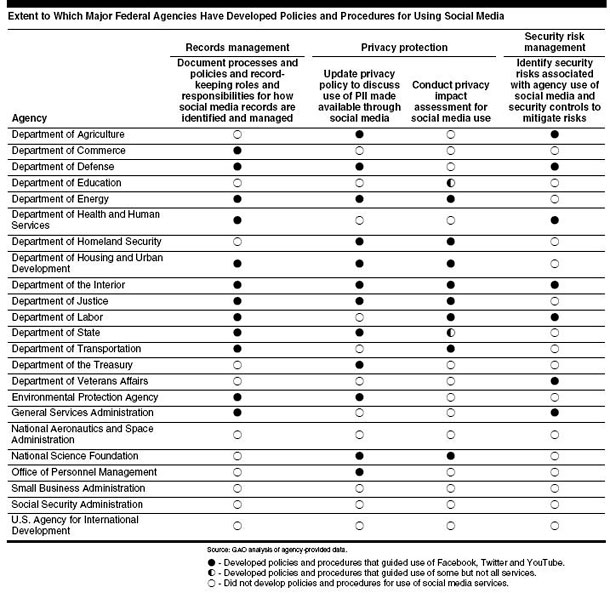 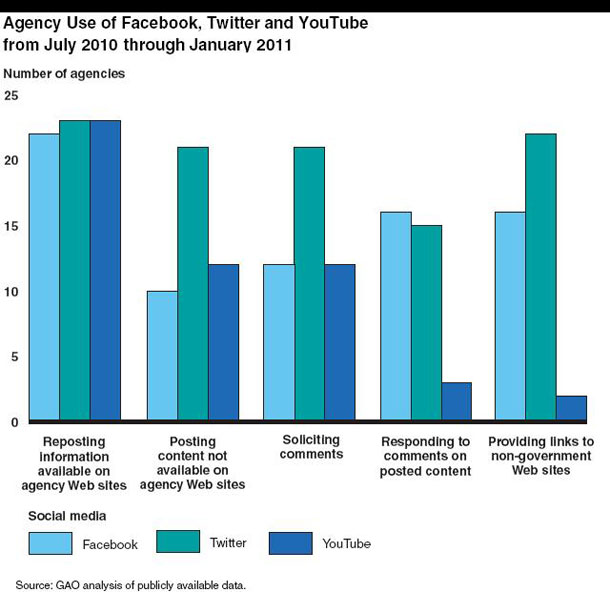 GAO says, for instance, agencies use Facebook to post pictures or descriptions of the activities of agency officials and to interact with the public, Twitter to provide information in an abbreviated format and to direct the public back to official agency sites and YouTube to provide alternate means of accessing videos available on official agency sites, share videos of agency officials discussing topics of interest or to solicit feedback from the public.